Vibration Monitors are designed for military and commercial helicopters 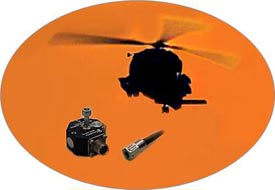 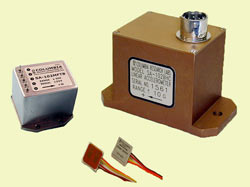 The single axis SA-102BHC and triaxial SA-302BHC are premium performance force balance accelerometers. Their rugged construction makes them well suited for demanding missile and airborne applications. The basic systems have been qualified and supplied in substantial volume on many small missile programs. These designs have also been selected by a number of aircraft instrument manufactures as key components of their strap-down systems. The miniature single axis SA-102MFTB is an excellent candidate for airborne telemetry applications. The output signal format is compatible with most airborne VCO's and signal processing systems. All three of these models incorporate the Columbia HP torquer system, which provides exceptional performance an reliability in severe vibration and shock environments associated with aircraft and missile flights.

In addition to accelerometers Columbia Research Labs manufactures a flight qualified fatigue monitor strain sensor. Series DTD2684 was developed for the demanding requirements associated with tactical military aircraft. They provide an accurate representation of the fatigue loading experienced by tactical aircraft under various conditions of speed, weight and mission configuration. Critical areas, such as under carriage structures and control surfaces may be more accurately monitored for potential fatigue damage induced by high-g maneuvers and high stress landings. 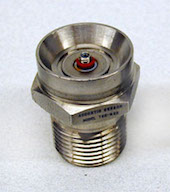 Columbia's Models 765M25 and 765M27 high intensity acoustic sensors are designed for the measurement of gas-borne sound in industrial applications. They have a high sensitivity of 1200pC/psi, a high temperature range to 500Â°F, they are electrically isolated and are constructed for use in corrosive environments. A chose of electrical interface is available. A balanced and floating compressed figuration is provided for enhanced rejection of electrical noise. These dynamic pressure sensors are used extensively in gas turbines. 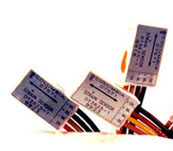 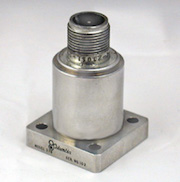